Tell us about you project to get a QUOTE 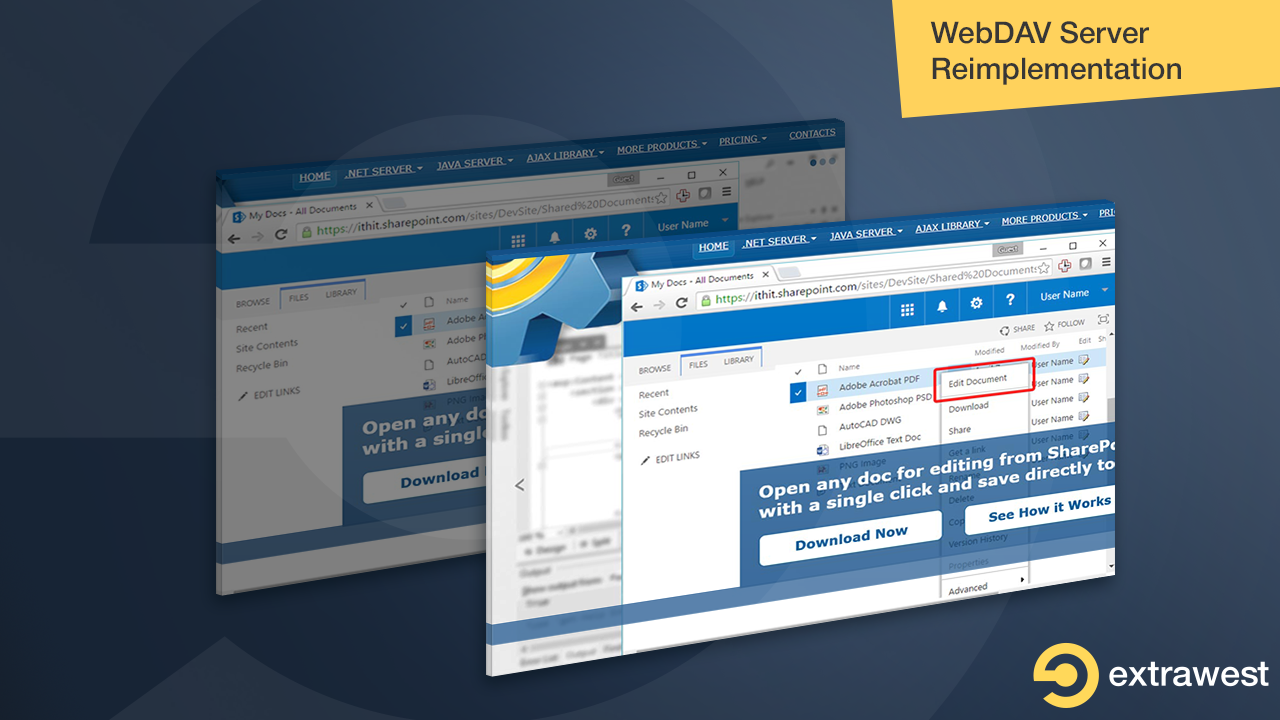 WebDAV is an HTTP extension that makes a Web Server act as a File Server. It allows users to do the following:

Extrawest was invited to reimplement the customer’s WebDAV server after moving it to an updated platform. FTP server was among the key features added. Having started with Java WebDAV implementation, we continued the development in .NET.

In addition to the above, we integrated the WebDAV server with several third-party customers’ solutions. Customers admitted that our server was more convenient and functional if compared to analogs.